Strefa turysty Homepage
You are here:
About Wisła Honorary citizens

Ignacy Mościcki – born on 1st December, 1867 in Mierzanów in Ciechanów County, died on 2 October, 1946 in Versoix near Geneva. He was an outstanding Polish politician and chemist, in 1926 elected for the first president of Poland and in 1933 re-elected. A scientist, an inventor and the pioneer of the Polish chemist industry. He used to visit Wisła very often, in winter to go skiing and in summer to relax and hunt. He was awarded with the honorary citizenship of Wisła on 31 January, 1931. 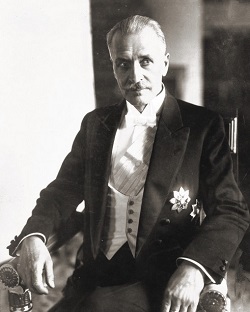 Michał Tadeusz Grażyński – born on 12 March, 1890 in Gdów in Myślenice County (now it is Wielicki County). In 1918 he joined the Polish Army where he served as a lieutenant in an intelligence and propaganda division. In 1920 he took part in the Third Silesian Uprising , he was also a vice - commandant of the Plebiscite Protection Command. In 1926 when Piłsudski came to power he was appointed the governor of the Silesian Voivodeship. He supported the idea of the Museum of Silesia which was opened half a year after the decision had been taken, on the fifth floor of the Voivod’s Office. In the years 1944 – 1945 he served in the Polish Army on the western front in the rank of a colonel. Michał Grażyński died in a car accident on 10 December, 1965 and was buried in London. The decision of his honorary citizenship was taken by the Town Council on 28 June,1932. Thanks to the Fan Club of Wisła and the Town Council a marble honor plaque with his name was hung in the Spa House on 12 May, 1998. The inscription on the plaque says: ‘In memory of dr Michał Grażyński - the Governor of the Silesian Voivodship in the years 1926 – 1939, a very meritorious person to the development of Wisła‘. 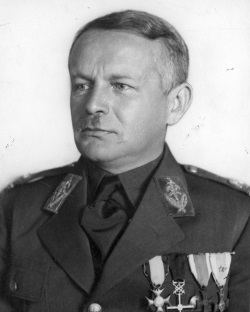 Stanisław Hadyna – born on 25 September, 1919 in Zaolzie but his ancestors were from Wisła. After the Second World War he worked in the Secondary Comprehensive School in Wisła and then he was the Head of the Culture Department of the Cieszyn County Council. In 1953 he organized the National Singing and Dancing Ensemble ‘Silesia’ in the castle of Koszęcin. He was the head of the ensemble in the years 1953 – 1968 when he was informally deprived of the leadership although formally he was the director until 1973. He had a house on one of the slopes of Mount Bukowa where he used to come after long, international tours with the ensemble. He died on 1 January, 1999 and was buried in the old protestant cemetery on Groniczek in Wisła. He was awarded posthumously with honorary citizenship of Wisła. 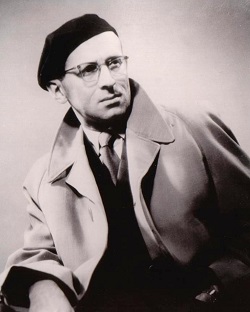 Aleksander Kwaśniewski – born on 15 November, 1954 in Białogard, a Polish politician. In the years 1995 – 2005 the president of Poland. Before that he was a Minister for Youth Affairs in Zbigniew Messner’s government (1985 – 1987). He was a member of the government of Mieczysław Rakowski and the Chairman of the Political Committee of the Board of Ministers (1988 – 1989). He took part in the debate of the ‘Round Table‘. A former member of the Polish Communist Party. Co – initiator and the first leader of the Social-Democratic Party which later on, in 1991 developed into the Left-wing Democratic Party. Member of the parliament from the Warsaw district and the leader of the Parliamentary Club of the Left-wing Democratic Party in the years 1991 -1995. He was one of the main supporters of the idea of modernizing the ski jumping hill in Malinka which was named after Adam Małysz. He was present at the opening of the new object. He received the honorary citizenship on 17 October in 2005.

Jerzy Buzek – born in 3 July, 1940 in Smiłowice in Cieszyn Silesia. In 1997 he earned the title of professor of technical science. In the same year he coordinated the work of the economic, expert commission of the AWS – the party which won the general elections and Buzek became the Prime Minister of the new government for the next four years. During his tenure he introduced Poland into the NATO and thanks to his efforts the country got ready to join the European Union. In the years 2004 – 2007 he was a member of the Committee for Industry, Research and Energy and the Committee for Environment, Public Health and Food Security of the EU. He was also a representative of the EU in the EU – Ukraine Co-operation Committee and a delegate to the South – East Asia countries and members of the ASEAN. He used to have his deputies office and Wisła and he has always been connected with the Lutheran Protestant Church in Wisła. He was awarded with the honorary citizenship on 23 December, 2009.

Bronisław Komorowski – born on 4 June, 1952 in Oborniki Śląskie near Wrocław, in an intellectual family with strong land-based independence traditions. He graduated the XXIV High School of Cyprian Norwid in Warsaw and then the History Department of the Warsaw University. Anticommunist opposition activist, later a member of the parliament, Minister of Defence and the Speaker of the Polish Parliament. After the tragic death of president Lech Kaczyński in the Smoleńsk catastrophe on 10 April, 2010 as the Speaker of the Parliament and on the rules of the Polish Constitution he performed the duties of the president of the country. On 4 July, 2010 he won the general election and became the President of Poland until 2015. He was awarded the honorary citizenship in 2014. 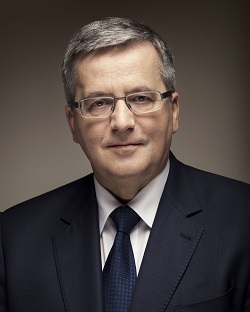